Coldwell Banker Commercial Elite is pleased to announce that they have negotiated the sale of a 6.34 Acre parcel in Stafford County for $2.6 million. The parcel was sold to Lidl, a European Grocery Retailer, who plans to build a grocery store on the site located on Warrenton Rd/Route 17 near the Stafford Lakes Super Walmart store.

This will be the third confirmed store site purchased by Lidl in the greater Fredericksburg Region and the 2nd of which Coldwell Banker Commercial Elite has been involved with. Brian Cunningham represented the seller in this transaction. Jonathan Gardner introduced Lidl to the site and assisted in brokering and negotiating the transaction.

The first site, which Lidl purchased in October of last year, is located on Plank Road in Spotsylvania County, VA. Lidl has already completed construction of the store at this location and could open sometime in 2017.

The other site, also located in Spotsylvania County, was purchased by Lidl In August on last year. The site is located in Southpoint II across Southpoint Parkway from Lowe’s and Walmart and adjacent to 7–Eleven.

Since entering the U.S. Market Lidl has completed negotiations for upwards of 20 store sites in Virginia. They have focused largely on securing sites in Northern Virginia, the Fredericksburg Region, Richmond, and Newport News/Hampton Roads areas to begin their U.S. entry.

Lidl is part of the Germany-based Schwarz Group, the largest retailer in Europe and one of the largest in the world. The company operates nearly 10,000 stores in 26 countries throughout Europe, and is the chief competitor of German discount grocery chain Aldi, which already has multiple stores in the Fredericksburg region. 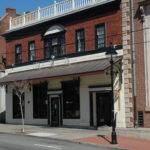