The Industrial market in the Fredericksburg Region continues to break new records as overall vacancy rates plummet below 5% for the first time ever. The industrial market had a fairly slow start to the year, but since has resumed to its normal, high activity. Since the market’s slight downturn in Q1-2017, it has recorded over 260,000 sq. ft. in positive net absorption, dropping vacancy rates down by 2.6%

The industrial market has experienced a tremendous rise in activity over the past 4 years. During this 4 year period, there has been 1.38 million sq. ft. of industrial space absorbed, and with extremely limited construction the market’s vacancy rates have continued to decline. As vacancy rates continue to plunge it’s only a matter of time until we begin to see construction activity and new industrial investment flood the Region.

The Fredericksburg Region’s retail market continued to show signs of healthy stabilization with normal fluctuations of market indicators from quarter to quarter. During Q3-2017 both vacancy rates and rents experienced a decline for the Region as a whole with each different locality experiencing similar trends across the board.

The Region is experiencing further growth & investment into the retail market through 2017. Future growth is expected as well, with new retailers entering the market, some of which are securing multiple locations.

Over the past 24 months, there have been more than 14 national/regional retailers that have opened or currently have stores under construction in the Region. Of these new retailers, four of them are major grocers including Lidl, Harris Teeter, Publix and Walmart Neighborhood Market. The influx of new retailers is feeding new development as well as kick-starting projects that were stalled as a result of the recession.

The Office market in the Fredericksburg Region experienced a set back in Q3-2017. Through the first half of the year, the Region’s office market had recorded nearly 100,000 sq. ft. of positive net absorption. That number dropped during the third quarter as the office market recorded negative absorption for the first time in 5 quarters.

Despite strong leasing activity during Q3, vacancy rates in the office market spiked upward. The office market had been showing increased signs of stabilization, a trend that should continue, despite a poor performance during the third quarter.

For more detailed information on the market in quarter 3 of 2017, download our full reports. 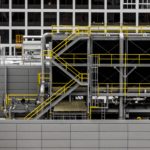 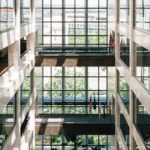